If you inherit a property with a mortgage, who is liable for the debt? While it may seem blindingly obvious that it’s you, it becomes a real problem if you don’t have the means to pay off the mortgage. 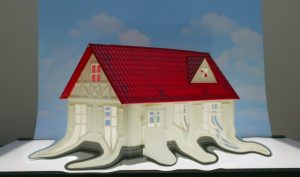 A will needs to spell out whether the estate will cover any remaining borrowings on a property. Jamie Davies

“If a person inherits real property from an estate and that real property is encumbered with a mortgage or charge, then the debt goes with the property,” says Paul Salinas, a director of Campbell & Co Lawyers.

In a worst-case scenario, he says, the bank could foreclose and the remainder would form part of the estate. Worse, if the gift was specifically the property, “it is arguable that there has been an ademption (the gift has failed) and the beneficiary gets nothing”.

Salinas dubs this a Catch-22, citing a case where minor children were gifted their father’s property, but the bank would not allow the transmission to occur as the children could not refinance the property.

“The mother made a family provision claim which was ultimately successful and the will was effectively altered to give her the property subject to a charge in favour of the children which allowed her to refinance the debt,” Salinas explains. “This would not work in all circumstances, though.”

There are wider implications, which get particularly tricky when some assets have been used to finance the purchase of others. “It is important to carefully consider what liabilities a deceased may have and what secures those debts, as there could be unintentional consequences,” adds Salinas.

Book your Will Review now for only $59!

Wills with a sting

Take a will, for example, that provides for one beneficiary to receive the house and the other to receive the share portfolio, where both are worth $500,000 but where the acquisition of the shares was funded from a mortgage secured over the house. “The one who receives the house is responsible for the mortgage and therefore is subsidising the other beneficiary,” explains Salinas.

Another example of where it can be an issue, he adds, is where a beneficiary may have lived with the deceased.

“You often see this where a family member moves in with an elderly parent to become a full-time carer and the parent in gratitude gives them their house,” says Salinas.

“If the house had a mortgage – I have seen houses with significant reverse mortgages taken out – then the beneficiary is going to be responsible for paying the mortgage. If they have not worked for some time they will find it difficult to get a loan to refinance the loan themselves.”

The way to get around this, he says, is to include a “contrary intention” in the will – an express statement that the executor must pay all liabilities of the deceased owing at the time of death from the estate.

But even where there is this contrary intention in place, there can be problems with inadequate planning.

Book your Will Review now for only $59!

Olivia Agosti, solicitor with Townsends Business & Corporate Lawyers, cites another case in which a woman inherited a property in Bathurst that had a mortgage to Bankwest.

“In light of this, the courts decided that the property was liable for payment of the remaining mortgage debt, essentially reverting back to the default position,” says Agosti. “Accordingly, she may not have inherited the property itself, unless she was in a financial position to help pay out the remainder of the mortgage to Bankwest.”

This article originally appeared on afr.com:http://www.afr.com/real-estate/properties-with-debt-become-inheritance-headaches-20170829-gy6awz?utm_content=bufferfc871&utm_medium=social&utm_source=facebook.com&utm_campaign=buffer#ixzz4sR0s9vMY  on 31st August 2017 by Debra Cleveland.

Sign up and receive the latest Future Wealth Management News

Join our subscribers who receive our weekly newsletter, Future Wealth, with the latest updates on taxation, property investing and finance news

You have Successfully Subscribed!